The famous Nigeria Zigima musician, Bright Chimezie is also known as Okoro Junior. He was one of Nigeria’s/best Africa’s musicians in the 1900s. Like I mentioned earlier, Bright Chimezie’s biography, age and date of birth, net worth, career and professional life, family life, wife, children, educational background, career awards, and much more will be covered in this article. 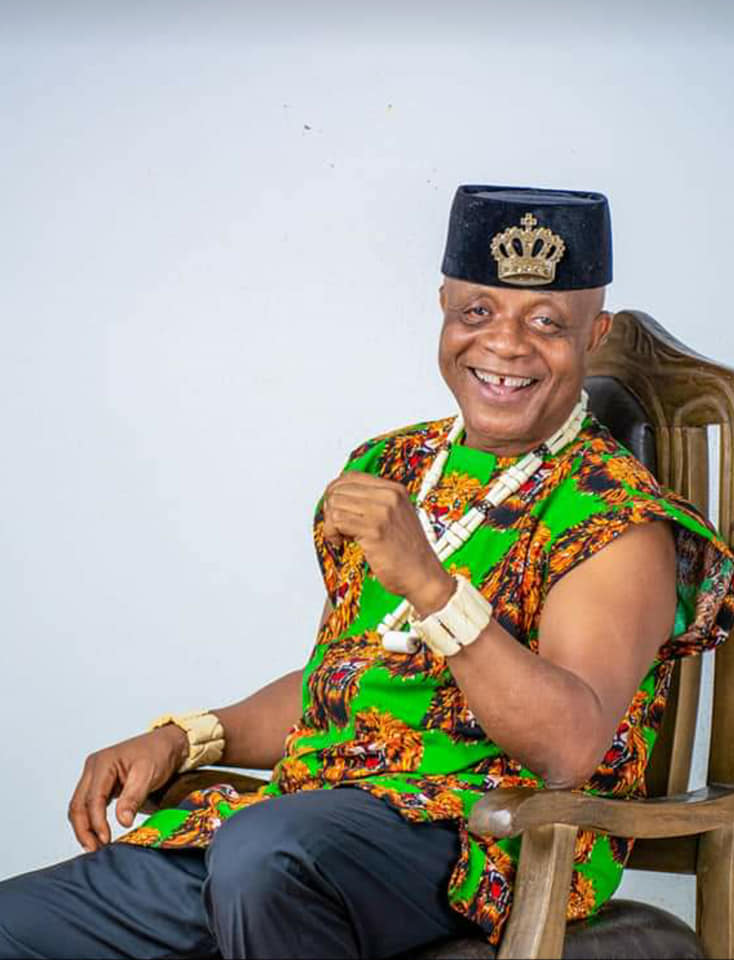 Bright Chimezie, also known as Okoro Junior, is a Nigerian music legend known for his distinct and beautiful musical style. He named his music style the Zigima music style, which is a fusion of traditional Nigerian music and Igbo highlife spiced with chanted vocals that are usually funny lines that address serious social issues.

While still a child, Bright Chimezie fell in love with African and Igbo culture. This is because, as a child, Bright Chimezie read extensively about Africa and Nigeria in books by the best authors of books on African and Nigerian culture at the time, such as the celebrated Nigerian and African tradition author, Chinua Achebe. Other authors whose works instilled a strong love for African, Nigerian, and Igbo culture include Cyprian Ekwensi, Elechi Amadi, and others.

Another factor that contributed to Bright Chimezie, a popular Zigima style musician, developing a strong love for African and Nigerian culture was the fact that he grew up in a time when moonlight stories and folk tales were still told by elders in villages, moon dances were still held in village centers, and so on.

Bright Chimezie was in the news recently because of one of his best music of the 90s duplicated by a comedian. The said music was used to campaign to for the Labour Party Candidate, Mr Peter without due consultation from the Zigima family. However, the song didn’t see the light of the as it was brought down immediately both by You Tube and the recording company.

Legal action was taken against Top O Onyeozizi and he was compelled to bring down the song. The song was titles; “Uwa Biakwa nuru olu m”.

The popular Nigerian music legend began his music career in 1979, when he moved to Lagos and played and performed with several bands. Bright Chimezie shot to fame in 1985 with the release of his debut album, Respect Africa. Bright Chimezie’s first album discussed the various bad occurrences and events affecting Nigerians and Africans in his usual style of chanting funny lines that address various social vices and factors.

Bright Chimezie’s first album, Respect Africa, was released while he was still in a band in Lagos, and the album earned him a lot of recognition and respect from Nigerians and Africans in general.

Following that, on August 17th, the African and Nigerian music legend left the band to pursue his solo career. He then formed his own band, The Zigima Movement. His band, the Zigima movement, is still active today.

His nickname, Okoro, was given to him by haters at the start of his career in an attempt to belittle, offend, and make him feel bad, but the legendary Nigerian Zigima style musician, Bright Chimezie, made peace with the name and adopted it as a nickname, which enraged his detractors.

Bright Chimezie, who had relocated back to the south eastern part of Nigeria where he had previously lived, married Chinyere Oyiridiya Chimezie in 1990, and he now has a family of seven, which includes him, his wife Mrs. Chinyere Oyiridiya, his twin boys, Chukwuebuka and Kelechi Chimezie, his other two sons, Chukwudi and Chinemeze Chimezie, and his last

When was Bright Chimezie born and how old is he? He is currently 61 years. He will clock 62 in September, 2022, just few days to come. Bright Chimezie Biography, Age, Career, songs, State, Net Worth, Wife, Children.

Because of his love of music and African/ Nigerian culture, the popular Nigerian musician did not continue his education beyond high school, but instead stopped after graduating from secondary school in 1979.

The legendary Nigerian Zigima musician Bright Chimezie has a son who is a lawyer. His name is barrister Chukwudi Chimezie.  Mrs. Nneoma Ihedinma Leticia Ironmuoh is Bright Chimezie’s mother’s name. Bright’s grandmother was born in 1927. She died on February 22, 2022, at the age of 95.

Bright Chimezie developed a deep love for African culture and tradition as a young boy as a result of the books he read and the environment he grew up in. Bright Chimezie moved to Lagos state after finishing his secondary school education in 1979 to pursue a career in music. Bright Chimezie Biography, Age, Career, songs, State, Net Worth, Wife, Children.

He was a member of several bands in Lagos state. He eventually joined the Customs and Exercise Band. After a while with the band, he was promoted to assistant band leader and key vocalist. Bright Chimezie released his first album, which he produced while still with the Customs Band, in 1985. His debut album was titled ‘Respect Africa.’ As he sang it in his distinct Zigima style, the album brought him unprecedented popularity and recognition.

Bright Chimezie resigned from the Customs and Exercise band on August 17, 1985, to form his own band, the Zigima Movement. Bright Chimezie’s songs include: Because of English, Ube Nwanne, Life of Yesterday, Ogbono soup, oyibo mentality, and others.

Bright Chimezie, the legendary African and Igbo tradition and culture singer, has received numerous awards and recognitions throughout his career. He has received several awards, including the Nigeria Union of Journalists (NUJ) Duke of African Music Award and the 2015 Best Nigerian Highlife Music Legend.

Also, on November 9, 2021, Bright Chimezie received the ‘Lifetime Achievement Award’ from Igbere TV in collaboration with the African Union and the African Film Institute.

Bright Chimezie, a legendary African and Nigerian musician, is from Ekeoba in Umuahia Local Government Area in Abia State. Read also: Who is Keke Palmer? Her Biography, Age, Career, Boyfriend, Net worth

Bright Chimezie, the legendary African/ Nigerian tradition and culture singer, made a lot of money as a result of his huge success as a musician. His net worth is currently estimated to be around $1 million (one million US dollars). He has an estimated net worth of #600,000,000 in naira (six hundred million naira).

Songs by Bright Chimezie include: