Welcome to my space. Today’s post is about Sickle Cell Anemia in the Eyes of the Traditionalists. How Sickle Cells Children were Branded Ogbanje in the Olden Days.

Our intention here is not to stir the sleeping whether Ogbanje exists or not. Rather, we are here to draw a curtain in differentiating this myth and Sicle Cell anemias.

In one of the Facebook groups; CHINUA ACHEBE: Books – Symposium, a member of this group raised a related question on this topic:

“Ezinma was considered an ogbanje, but I think she might’ve suffered from SCD. What do you think?”

I was somehow amazed at the kinds of answers other members were submitting under the post. This also shows the Ogbanje belief is still being practiced. See the Comments below:

Trending
What is the Meaning of Ameno Dorime Song? Is Dorime Ameno A Bad Song?
Same

Collinz Duru Odinaka
Nothing
Charles Monwuba
How do we explain mutilated children corpses, buried and appear to bear those marks when they are born a second time
Njide-Adinnu Mkparu
She could even be one of those children with hyper-allergies. Mosquito was even enough.
Ogbanje my foot

O Ma Ojo
Looking at the medical aspect
I think it’s true
But somehow we shouldn’t forget our traditional beliefs o
Sharafadeen Mahmud
I believe you. Okonkwo and Ekwefi the wife may have been of the same blood group
Amuche Valentine
Maybe you should write off religion completely. If it were one of these imported religions that teaches and talks about their belief in Ogbanje, you wouldn’t be this critical in evaluation and reasoning. But once is Africa and her belief, you deploy s…

We want to begin by saying that Children with Sickle cell Anemias are not Abiku. Both are different cases. The problem then is how to convince the traditionalists about this fact.

Ogbanje in Igbo or Abiku in Yoruba means predestined to die young. It is a word used to describe a situation where a child is said to come and go and come for the third time and still leaves.


Coming and going are words instead of coming into the world and dying. Such children are said to always bring sorrow to their parents and they fall sick all the time. Some people refer to such children as heart breakers. 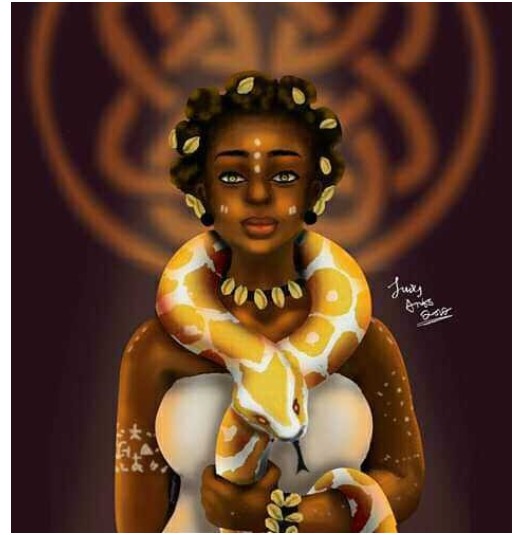 Now I understand why there were so many Ogbanje branded dead children in the olden days. Ogbanje or Abiku in Yoruba could just be a myth. In fact, there are many myths surrounding this belief. many said such children live in bamboo trees in the evil forests. But to me, Ogbanje is a scam. In fact, it is a primitive mentality.

I said so because of what my sister is passing through in the hands of my grandparents. She is not always happy whenever they are around. She detests traveling with us to the village due to what they will say about her. My sister is in her late teen. She is not a happy woman. She is dying silently. She is afraid to report to my mother when she has a headache. If she does or when the headache prolongs more than supposed, she will be reminded that she is an Ogbanje.

My sister Lulu is not an Ogbanje. She was born with Sickle cell anemia. She is SS. My mother is an AS and my father too was an AS. My sister was number four in the family and the only one who got the SS in our parent’s genes.

My parents are not illiterate but they are not well educated. When my father was alive, my sister’s health was well managed that people hardly noticed she has sickle cell. She replaced her blood as at when due and was regular with her routine and hospital checkups.

Before the death of my father, my grandparents were pressing for Lulu to be brought to the village river for appeasement and cleansing. They said she is an Ogbanje who failed her assignment. They allege she was supposed to die at birth but because she failed, she was afflicted with the disease.

They call my sister all manner of names like; “pocket drier, child of the night, child of misfortune, child of the bush, child of the water”. There was a time grandma visited her on one occasion in the hospital while on admission after the death of our father and asked her why she has refused to die. She alleged that my sister was responsible for our Dad’s death.

My father is no more and my grandparents are stronger than my mother. They have finally persuaded her to bring Lulu to the village for cleansing. The cleansing was scheduled to be held a few months ago. They were not able to go due to the lock-down.

The road is free again and the matter has begun afresh. I have been able to persuade our mother not to heed the advice of my grandparents. She has seen reasons with me and with the help of our doctor, she has agreed not to take my sister home anymore for cleansing.

But my grandparents have devised option B. They said we have been hypnotized by Lulu. They have agreed with the river goddess in our village. She is going to come to the city with my grandparents since the mother has refused to come home with Lulu.

I am in the hospital with Lulu. She was jaundiced. She skipped her treatment twice due to the lock-down and it has affected her health. I have also noticed that she is now afraid to complain of any symptoms in her body. She is afraid to answer the child of the night or money sucker.

It is not my sister’s fault. If anyone should be blamed, it should be my parents. They should have known their Genotype before getting married. My sister is not spiritually predestined to die young. It was the mismatch in the Genotype that puts her in such a state.

I am planning to go to the village to meet my grandparents. I am going to tell them what Lulu is suffering from. I am going to open their eyes to what the alleged “Ogbanje“, predestined to die child is all about.

How to put all these to them is what I don’t know. How they will see a small boy like me is what I can’t explain here. But I must go first.