What is Killing Them! Obituary Posters of Young Mothers who died in Nigeria 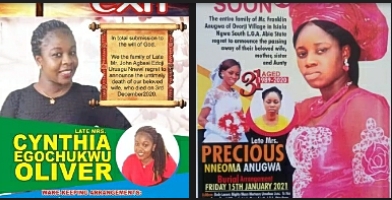 God have mercy! What is killing young mothers? The Obituaries of Young Mothers in their 30s are flying on Social media. And the question in every right-thinking human being’s mind should be; what is killing them?

MUST-READ: Reasons why Young Mothers are Dying in Nigeria

See Photos of Nigerian Billionaire who Died Today, His Exotic Cars and Mansions

There is also something coincidental about their deaths. These young mothers all died in December 2020. And I still asked. What took the lives of these young ones? 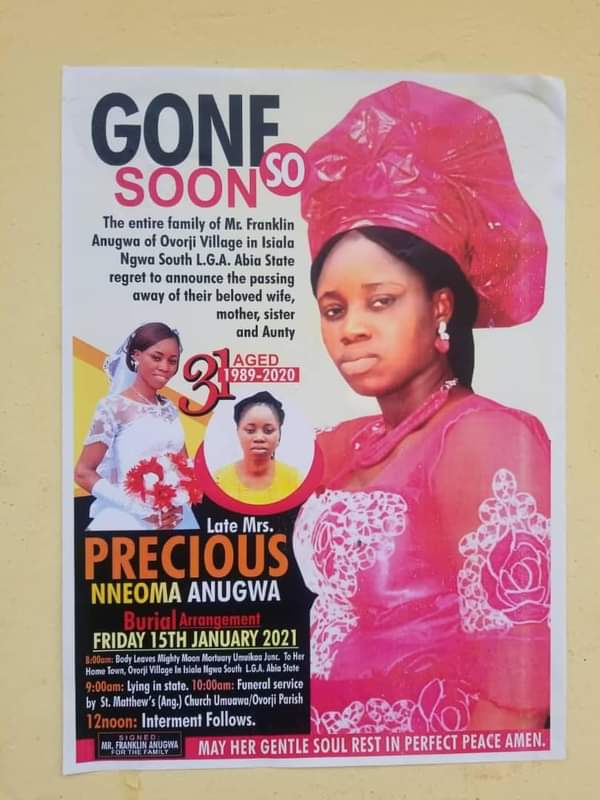 She is the youngest of all. The late Mrs. Nnenna hailed from Isialla Ngwa in Abia State. She was a student of Federal Girls College Okigwu (Class 2007). She died on Tuesday, December 2020 at the age of 31. She died a few days after she gave birth to a baby.

Late Mrs. Nnenna was laid to rest yesterday at her husband’s hometown in Isialla Ngwa. May the Lord rest her soul and console her husbands and little kids. 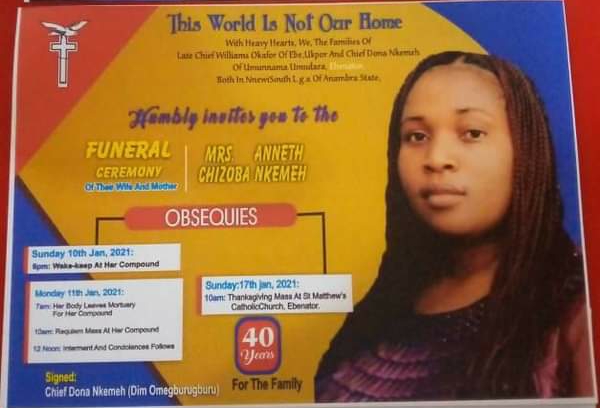 The Late Mrs. Anneth Chizoba Nkemeh was buried on 11 January 2021. She was a young mother whose life was ripped off by death at the age of 40. She was buried along with her mother-in-law. 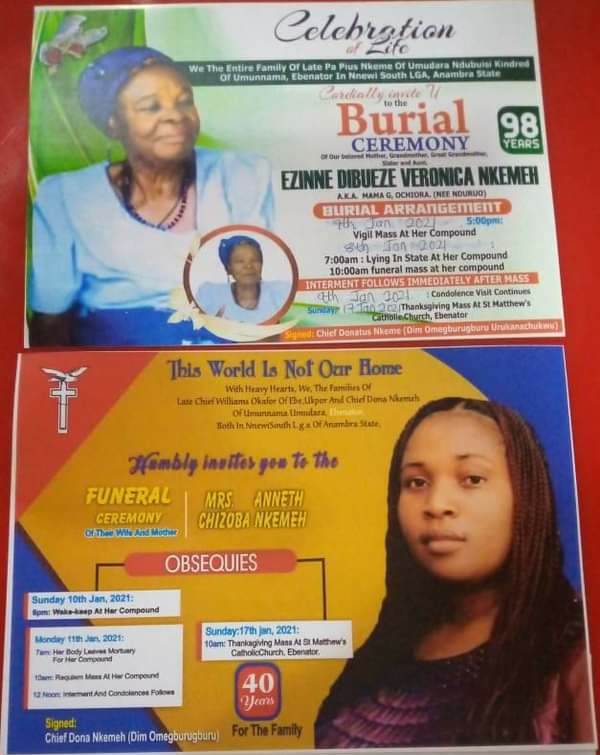 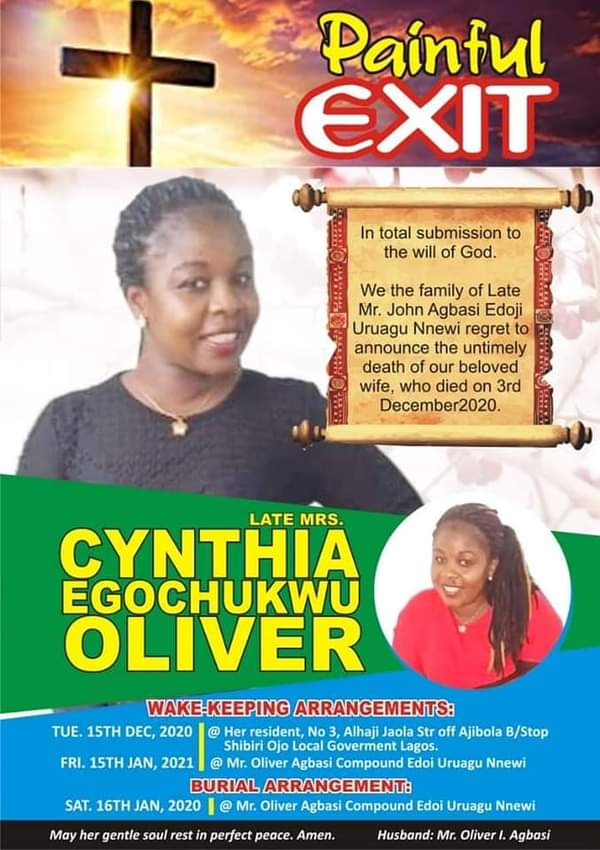 The Late Mrs. Cynthia (Nee Ndianaefo) died in her late 30s. She was a student of Federal Polytechnic Okoh, Anambra State (Mass Com 2009 Set). Before her untimely death, she worked with The Sun Publishing Company in Lagos State. 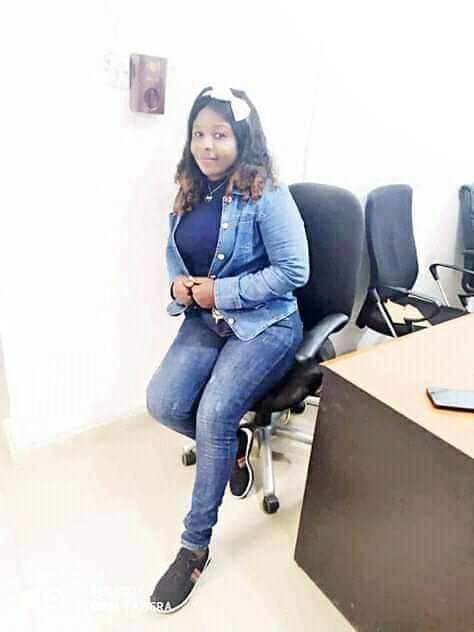 She died on the 2nd of December 2020. She is survived by a little daughter and husband. The remains of Late Cynthia Oliver will be laid to rest today in her husband’s hometown in Uruagu Nnewi North, Anambra State.

Ndonu! This affliction will never rise again in your families. 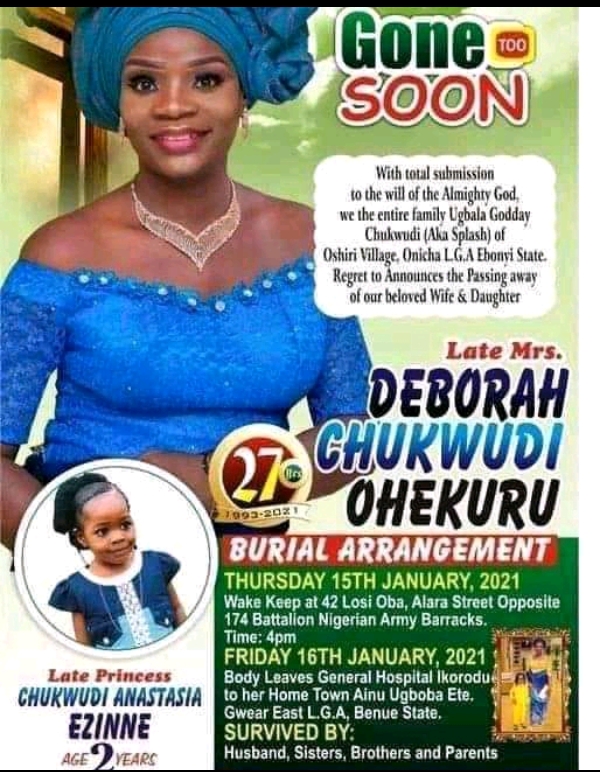 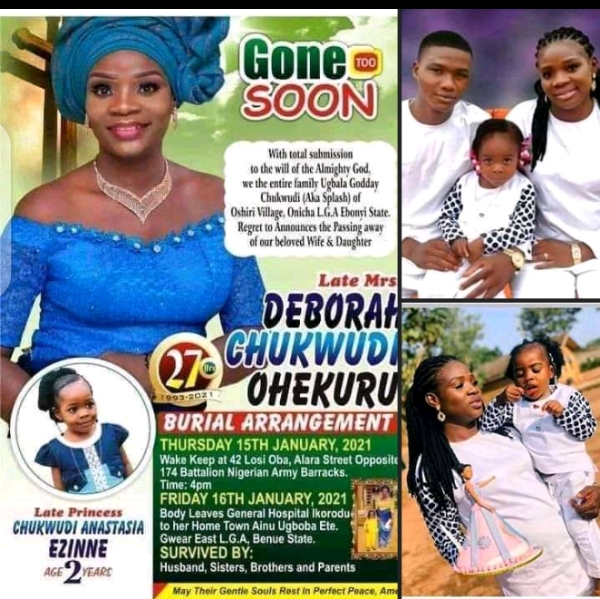 Late Mrs. Deborah Ohekuru died at 27 with her 2-year-old daughter in an auto crash. The remains of her body and that of her innocent daughter were committed to mother earth yesterday in her husband’s hometown in Ainu Ugboba Ete, Gwear East in Benue State. 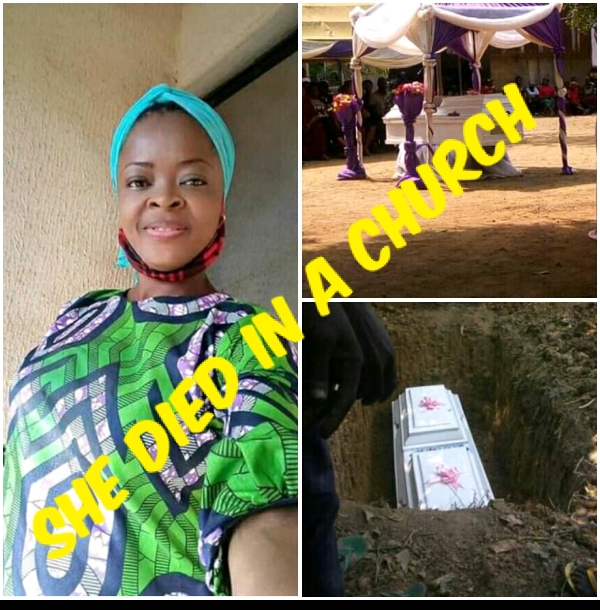 The late Mrs. Favour Okwutosi Nwalo lost her life together with her unborn baby while singing in a Presbyterian Church which is in Unwana community, Ebonyi State on the 28th November 2020. She was age 28.

She was a final year student in the Department of Computer Science, in Akanuibiam Federal Polytechnic Unwana, Ebonyi State. Before her untimely death, Mrs. Favour was writing her first Semester exams in the school.