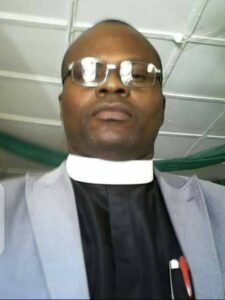 The Diocese of Enugu, Anglican Communion has been thrown into mourning as one of her priests, Revd Simeon Nwokedi has been called to glory on the 26th of August, 2020, barely one month after the burial of a serving priest in the Diocese, Rev. Canon Ejikeme Ezenwome.

According to the report and the eyewitnessed accounts of the Parishioners in the Parish where the Late Revd. Simeon Nwokedi served before his death; he was said to slump suddenly in his house where he was with a little child. The little child alerted neighbors and the passers-by who came and confirmed him dead.

The late Revd. Simeon Nwokedi was ordained as a Deacon on July 20th, 2008, in the Diocese of Enugu by the Archbishop of Enugu Ecclesiastical Province and the Bishop of Enugu Diocese, His Grace, The Most Revd. Dr. E. O. Chukwuma OON. 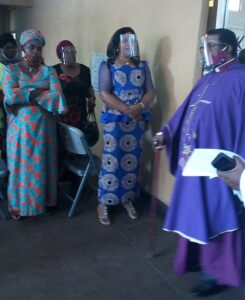 *His Grace, The Most Revd Dr. E. O. Chukwuma OON in a Processing out. (Image Credit: 9jainformed.com)

Before his death, the late Rev. Simeon was posted to serve as a Vicar at St. Faith Anglican Church, Onitsha Agu, Amagunze, Enugu State state. He is survived by his wife, Mrs. Uloma Nwokedi, and two children.

The news of his death was made public on the evening of the same day of his demise in the Anglican Laity Forum via Facebook by an Archdeacon in charge of his parish, Ven. ThankGod Ezenwagu on the 30th of August, 2020. 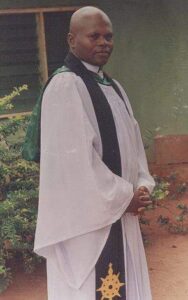 The date of his funeral is yet to be communicated at the time of this report. We mourn with the family, the church, and the Diocese at this time and pray for God’s fortitude to bear the loss.