Why did FDA Endorse a ban on Gay Blood Donation?

Days ago, I stumbled upon an article on blood donation. It discusses a ban on gay blood donation by the Food and Drug Administration’s Blood Products Advisory Panel (FDA). This ban was endorsed on the ground that Gays are diseased liars. 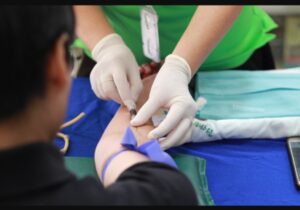 According to the Author, he said they “met to discuss lifting the government’s 31-year-old ban on blood donations from men who have sex with men. Currently, any man who has had sexual contact with another man since 1977—even once, even using condoms—is barred for life from donating blood. The ban was instituted in 1983 in the early days of the AIDS crisis when HIV testing was still rudimentary. It hasn’t been altered since”.

Can a Gay Donate Blood now?

There was some hope that the panel might support a policy recently endorsed by a nearly unanimous Department of Health and Human Services panel, which would allow gay men to donate blood if they’d been celibate for one year. But even that half-measure appeared to be too much for the panel, which closed its discussion without taking a formal vote. (The panel itself can’t make rules, but the FDA takes its suggestions very seriously when issuing guidelines.)

The panel’s refusal to advise replacing the lifetime ban with a one-year deferral—twinned with its craven refusal to go on the record as opposing it—is deeply irritating. Even more galling is its reasoning, or lack thereof: It’s clear that the advisers on the panel saw the campaign to lift the blood ban as more a political crusade than a scientific appeal. (Apparently, they haven’t checked in with American Red Cross, America’s Blood Centers, the American Association of Blood Banks, and the American Medical Association, all of which oppose the ban.) “It sounds to me like we’re talking about policy and civil rights” rather than safety and science, one adviser scoffed. Another anxiously described lowering the ban as “a leap of faith.”

This language is quite curious. The advisers were not considering abolishing the gay blood ban altogether; they were simply considering replacing it with a new ban that forces gay men to be celibate for a year before donating. Their stated opposition to gay blood donation is a fear that HIV-positive men will donate. But every blood donation is tested for HIV, and the virus can now be detected within weeks of infection. If gay men were celibate for a year before their donation, how could they possibly carry an increased risk for HIV? If they were already HIV-negative prior to a year of celibacy, how could they even have HIV at all?

The panel’s skepticism might make sense if the FDA took a generally wary approach toward blood donation. But it doesn’t, to an almost comical degree. Under the current policies, a straight person who had sex with a prostitute of the opposite sex can give blood one year later. So can a straight person who had sex with an HIV-positive opposite-sex partner. Straight people who frequently have unprotected sex with multiple anonymous opposite-sex partners face no deferral at all. The FDA doesn’t seem concerned that any of these people will lie about their sexual behaviors.

Now, what do all of these lucky folks have in common that might make the FDA trust them? Ah, yes: They’re all straight. Ask a straight man whether he’s had sex with a prostitute in the last 12 months, and you can take his answer as the gospel truth. Ask a gay man if he’s had sex with anyone in the last 12 months—even his husband—and, well, you really just can’t take those people at their word, can you?

Can I Use Mupirocin Ointment on an Open Wound?

Is Mixing Milk and Malt or Tomatoe Paste a Source of Blood Tonic?

5 Secrets Velvet Beans (Werepe or Devil Beans) you should Know

Chinen Salt: Where To Buy, How To Use And Side Effects Explained

Can Someone form  Resistance To HIV Infection? Yes, Find out How

“Beauty Infusion Supplement”, True or Scam? What You should Know Before Using it