Joe Biden In landslide victory in California, the state with the highest population. 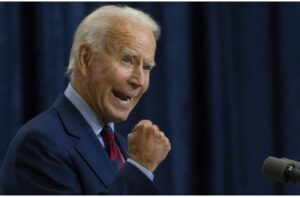 The stage is becoming hotter as the race between the Republican candidates Donald Trump and the Democrats Joe Biden is becoming tight. The election results so far saw the democrat candidate giving the Republican a landslide victory in California, the most populous state in the United States with Trump dragging behind with 30.9% votes.