There Is Hope For HIV Cure: This Is Timothy Ray Brown; the First Patient Who Was Completely Cured Of HIV.

The story of Timothy Ray Brown who was known as “the Berlin patient”, the first person to be completely cured of HIV has raised hope to the world about the possibility of finding a cure for HIV infection that is ravaging the whole world. 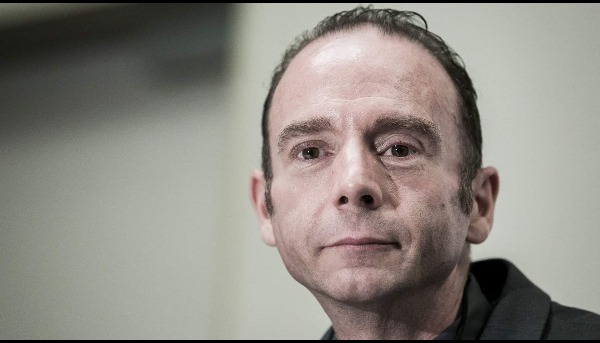 Mr. Brown was 54 years and born in the US. He was diagnosed with HIV when he was living in Berlin in 1995. In 2007, he developed a type of cancer known as acute myeloid leukemia. The only option for the treatment was to destroy his born marrow. The bone marrow was responsible for the production of the cancerous cells. The marrow was replaced through a bone marrow transplant.

It was during the bone marrow treatment that he got cured of HIV. The bone marrow transfer came from a donor who had a rare mutation in part of their DNA that is called the CCR5 gene.

WHAT YOU SHOULD KNOW ABOUT CCR5 gene and HIV Resistance

From the claim above about the CCR5 DNA gene, we understood that there are groups of people who have resistance to HIV. That is, no matter how they come in contact with the virus, they will never be infected, even if they infected, it cannot spread in their body.

CCR5 is a set of genetic instructions that build the doorway that human immunodeficiency virus (HIV) walks through to infect cells. Mutations to CCR5 essentially lock the door and give people resistance to HIV.

After treating Mr. Brown with this CCR5 genetic, his HIV levels fell to undetectable levels. He was no longer taking anti-retroviral drugs because it was not needed anymore. He was cured of HIV.

Sadly, Mr. Brown’s leukemia that led to his HIV cure returned earlier this year and spread to his brain and spinal cord. He passed on last week and died of cancer.

“It is with great sadness that I announce that Timothy passed away… surrounded by myself and friends, after a five-month battle with leukemia,” his partner Tim Hoeffgen posted on Facebook.

He added: “Tim committed his life’s work to tell his story about his HIV cure and became an ambassador of hope.”

What Lies Ahead About HIV Cure?

According to the source, Mr. Brown’s cure was too risky and aggressive to be used routinely. It should only be for cancer treatment. The approach is too expensive to be recommended to 38 million populations in the world living with HIV, too expensive for those in sub-Saharan Africa who are living with HIV infection.

However, Mr. Brown’s cure is a door opener for an HIV cure in the near future. It has given the scientists inspiration that a possible cure could be found.

In an interview with the International Aids Society, Prof Adeeba Kamarulzaman said; “We owe Timothy and his doctor, Gero Hutter, a great deal of gratitude for opening the door for scientists to explore the concept that a cure for HIV is possible”.

Meanwhile, it was announced earlier this year, 2020, that a second person has also been cured of HIV. He is Adam Castillejo, a London patient. Mr. Adam had similar treatment with Mr. Timothy Brown and dropped his HIV anti-retroviral drugs.

2 thoughts on “There Is Hope For HIV Cure: This Is Timothy Ray Brown; First Patient Who Was Completely Cured Of HIV”

We give praise and thanks to the Almighty God for bringing us into the new month of the year 2023. He is ever faithful. We have published the ODM devotional…