I was a student of Mass Media and during my third year, I spent 12 months studying different parts of the Camera in Photojournalism. But now, Smart Phones have built all the features in a single icon. How Camera Phones Destroyed Photojournalism. 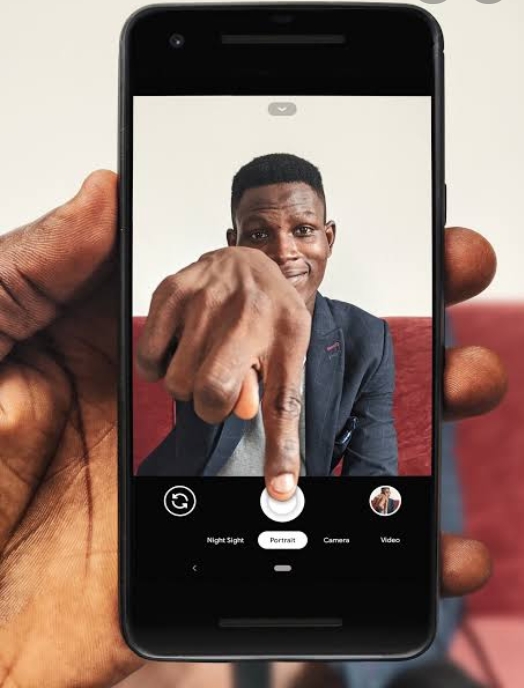 No one can successfully discuss Journalism without including Photography. This is because photography is part of Mass Media. Pictures compliment writings and pictures they say speak a thousand words. Photos on their own can stand alone and pass a message.

What is a Camera?

The study of cameras and photography for the mass media is known as Photojournalism. Parts of what you’re expected to learn and master in the course are camera essential parts and its handlings. It is not just about the knowledge of camera handling and photo shooting, it is also expected that you should learn all the parts of the camera, the types of camera, their workings, and technicalities.

An image that was reproduced with light dates back to Ancient Greek. Aristotle represented light waves, and how they behaved, when projected through a pinhole called an aperture. Francis Bacon developed Aristotle’s principles. He used a dark room with a tiny opening in a wall to permit light to travel from the outside and to project an image on the opposite wall.

The device used for this experiment became known as camera Obscura which in Latin word means “darkened chamber”. Many artists including Leonard da Vinci used camera obscura to project images into the darkened chamber. An artist would carefully trace the projected image on the wall as it is seen.

An opaque projector is used in most graphic artist workshops today to trace images. The Pinhole camera was first used before the invention of the Camera lens. It consists of a box with a hole to admit light, an image, and a negative to register the image.

Despite the development and changes of Still Camera in 1800, pictures were not used in the daily production of the Newspapers. However, the progress and development of photography were slow. It was in 1826 after a series of experiments that a Frenchman named Joseph Niepce succeeded in producing the first permanent photography called Heliogragh titled “image from Nature” which was taken from the window of his backyard. The exposure time of the Heliograph was 8 hours.

George Eastman, Kodak founder of the Eastman Kodak Company had the greatest impact on photography and motion pictures. He began experimenting with the manufacture of dry plates by going into partnership with H.A. Strong to manufacture dry plates.

The Eastman Dry Plate Company began its operation to the public on January 1, 1881. Its aim was to make photography a mass medium. In 1990, he introduced the Brownie Camera, a simple box camera that was affordable to everyone at the cost of one dollar.

The Parts of a Camera

A Camera is a device for making a record of the image of an object formed when rays of light passing through the lens are brought to a focus on a flat surface.

Film Advance Lever: It is a device that moves the exposed film away from the film gauge, and advances a fresh film frame into position. It unlocks the camera so that a new picture can be taken.

Viewfinder: The photographer looks through the viewfinder so as to catch a glimpse of the image or images to be photographed.

Shutter release: It is a device that activates the opening of the aperture to allow light to strike on the film base for exposure.

Shoehorn: This is a base where the flashgun is attached.

Camera Film Speed: They are numbers in the camera that range from 20–3200 in Pentax camera K. 1000. It is used to set the American Standard Association (ASA) Deuteuch Industrie Norm (DIN) of a film. Different cameras have various types of numbering of film speed.

Focus ring: This is a part of a camera that is used in focusing on an object or objects to be exposed. A Single Lens camera Focusing ring is found close to the lens, and while in a twins lens camera, the focusing knob is seen at the right side of the camera.

Camera or Shutter Speed: The numbering on the camera that ranges from 2 to 1000 determines how long and aperture will remain open to allow light to pass through the lens on the film base.

This course was introduced in our third year as; ‘Introduction to Photojournalism 1 & 2’’. We spent a whole year going around a camera, mastering its handling and technicality. For some of the bogus terminologies, we had no option other than cramming them for the examination’s sake.

Things have changed in the photography industry. Photography has turned from an activity limited to a niche crowd to almost anyone who has a phone in their pockets. If you are waiting to set the aperture and switch the Nussle of the large camera before taking a crime scene, another who has a smartphone in his pocket has captured and published the photos in the news.

Android has developed a user-friendly camera version. All the essential parts of a camera and the requirements in its handling are now pulled in one icon. It has been simplified in a way that a year-old baby can take a good shot. I was tempted to ask one day; isn’t my months of study on Photojournalism a waste of time?

Meanwhile, I have moved with the trend. It is been a long time I used my Viewfinder Camera.